Blockchain is the technology used by developers of cryptocurrencies, like Bitcoin, to enable exchange of financial “coins” between participants in the absence of a trusted third party to insure the transaction, such as is typically done by governments. We introduce blockchains, describe their concepts, layout the challenges in using them, and discuss use cases from a governmental viewpoint. We find that a certain type of blockchain, permissionless, has not been adopted in governmental settings, and conclude that permissioned

blockchains may best be suited to them due to better scalability, lack of anonymity, and better data integrity guarantees.

Bio: (Update please) Dr. Yelena Yesha is a Distinguished University Professor at the Department of Computer Science and Electrical Engineering at the University of Maryland, Baltimore County.

She is also the Director of the National Science Foundation Center for Accelerated Real Time Analytics (CARTA). She received her B.Sc. degrees in Computer Science and in Applied Mathematics from York University, Toronto, Canada, in 1984, and her M.Sc. degree and Ph.D. degree in Computer Science from The Ohio State University in 1986 and 1989, respectively.

She has published 11 books as author or editor, and more than 200 papers in prestigious refereed journals and refereed conference proceedings, and has been awarded external funding in a total amount exceeding 40 million dollar.

Dr. Yesha is currently working with leading industrial companies and government agencies on new innovative technology in the areas of cybersecurity and big data analytics with applications to electronic commerce, climate change and health.

Dr. Yesha is a fellow of the IBM Centre for Advanced Studies. 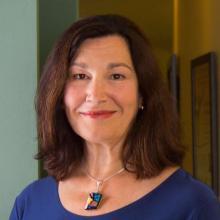 The Moon, the Ghetto and Artificial Intelligence: Enacting Digital Government

Artificial intelligence promises to offer powerful means, tools and applications to solve a range of problems many of which have long been considered in Digital Government research. Yet fears abound concerning machine learning, an area of AI that includes opaque algorithms that “learn,” and datasets that may include biases that could have serious implications for the outputs of automated decisionmaking. These profound technological developments collide with troubling increases in social and income inequalities that have produced political destabilization and human suffering. In a prescient lecture Richard Nelson asked why it is that public policy can put someone on the moon but cannot solve the problems that produce and sustain the ghetto. What should digital government researchers know at artificial intelligence, and what might digital government researchers interested in artificial intelligence applications learn from the metaphor of the moon and the ghetto as we continue to examine and influence the enactment of digital government?

Jane E. Fountain is Distinguished University Professor of Political Science and Public Policy and an adjunct distinguished professor in the College of Information and Computer Sciences at the University of Massachusetts Amherst. She directs the National Center for Digital Government, a university-based research center that was established in 2002 at Harvard University with support from the U.S. National Science Foundation. Fountain was selected to the World’s 100 Most Influential People in Digital Government and one of the 14 Most Influential Academics in Digital Government in 2018 and 2019 by apolitical. She was named a Federal 100 awardee in 2013. Fountain is an elected Fellow (2012) and Secretary of the Board of Directors of the National Academy of Public Administration; a former Chair, Vice Chair and invited member of the World Economic Forum Global Advisory Council on the Future of Government; was a member of the American Bar Association Blue Ribbon Commission on the Future of eRulemaking; and was an appointed member of the Commonwealth of Massachusetts Governor’s Council on Innovation. Fountain was awarded the UMass Amherst Chancellor’s Medal, the highest honor bestowed to faculty on the campus, and the Chancellor’s Award for Outstanding Accomplishments in Research and Creative Activity.

Professor Fountain’s publications have appeared in several journals including Public Administration Review, Behavioral Science & Policy, Governance, Communications of the ACM, Science & Public Policy, and Technology in Society. Among other publications, she is the author of Building the Virtual State: Information Technology and Institutional Change (Brookings Institution Press, 2001), which was awarded an Outstanding Academic Title by Choice and has been translated into Chinese, Portuguese, Japanese and Spanish. Practice-oriented publications include Building an Enterprise Government: Creating an ecosystem for cross-agency collaboration (Partnership for Public Service and IBM Center for Business of Government, 2016); Cross-agency Collaboration: A Guide for Managers (IBM Center for Business and Government, 2013) and a coauthor of The Future of Government, The Future of Government: Fast and Curious, The Future of Government Smart Toolbox, and Government with the People (World Economic Forum). Fountain has delivered keynote addresses and invited lectures in 23 countries. Before joining the faculty at the University of Massachusetts Amherst she served for 16 years on the faculty of the John F. Kennedy School of Government at Harvard University. A former Radcliffe Institute for Advanced Study, Yale University and Mellon Foundation Fellow, she holds master’s degrees from Harvard and Yale Universities and a PhD from Yale University.

The DG.02022 conference will be held fully online!